The history of the City of Dubrovnik dates back to the seventh century, when the first settlement was founded on a small deserted rocky island called Laus, which means cliff in Greek.

The islet, separated by a narrow sea passage, provided them with greater security and enabled easier defense. In the seventh century, fleeing from the Slavs and Avars, the settlement was expanded by refugees from the town of Epidaurum, which was located in the area of today’s Cavtat. Even today, the remains of Epidaurus can be seen under the sea. Later, opposite Laus, a settlement was formed on the coast, in the oak grove (forest, mostly of oak, small oak), so it was given the Slavic name Dubrovnik, which prevailed over the Roman name Ragusa. Today’s Stradun, the main street, is a former sea passage between the island and the mainland! Dubrovnik developed into a rich republic. It is often said that the Republic of Dubrovnik was one of the most advanced small maritime republics of all time. 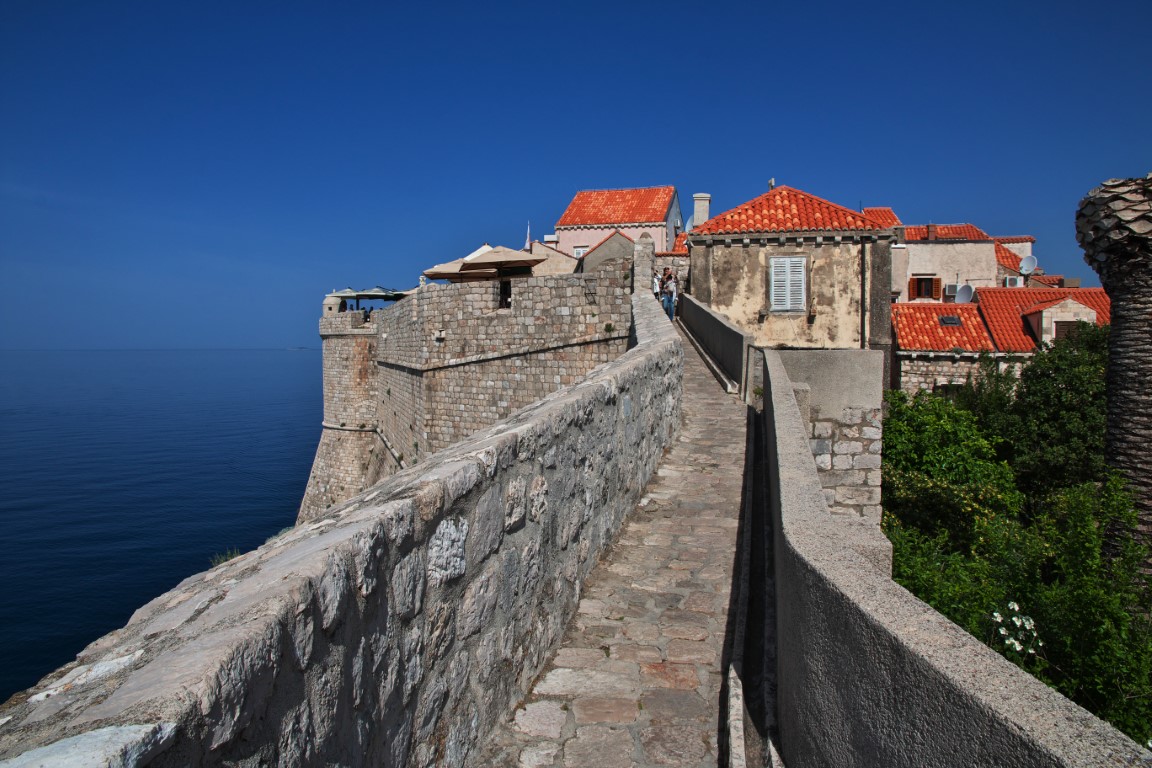 The walls of Dubrovnik are the main feature of the City; a breathtaking view and of significant historical value. Visiting the walls today is even more interesting because visitors can tour the walls with multilingual guidance through memorized sound reproduction of curiosities and the history of the locations they pass.

The Maritime Museum and Aquarium are another feature of the Maritime City. Take some time and look at a part of the interesting history of Dubrovnik through a collection of ship’s inventory, ship models, statues and paintings. And a tour of the Aquarium in the same quiet stone womb of the fortress of St. John, is an event to remember!

Dubrovnik Summer Festival – a festival of drama, folklore and music, held every year from 10.07. to 25.08. in squares, fortresses, islands, in parks and other forgotten locations. The backbone of the Games are the inevitable Dubrovnik Marin “Vidra” Držić and Count Ivo Vojnović, but there are also Goldoni, Krleža, and Shakespeare, whose Hamlet found his Elsinore in the Lovrijenac Fortress and on the island of Lokrum. If you are in Dubrovnik during the Games, be sure to visit a play or concert.

The Rector’s Palace – the center of power of the Republic of Dubrovnik, is open to visitors, and at the same time one of the important locations for the Dubrovnik Summer Festival. The sound of a soloist, trio, quartet or orchestra in the stone lace of the Court has a really special atmosphere. The court is also present in today’s life of the City, in the part of the Palace the City Government is located. 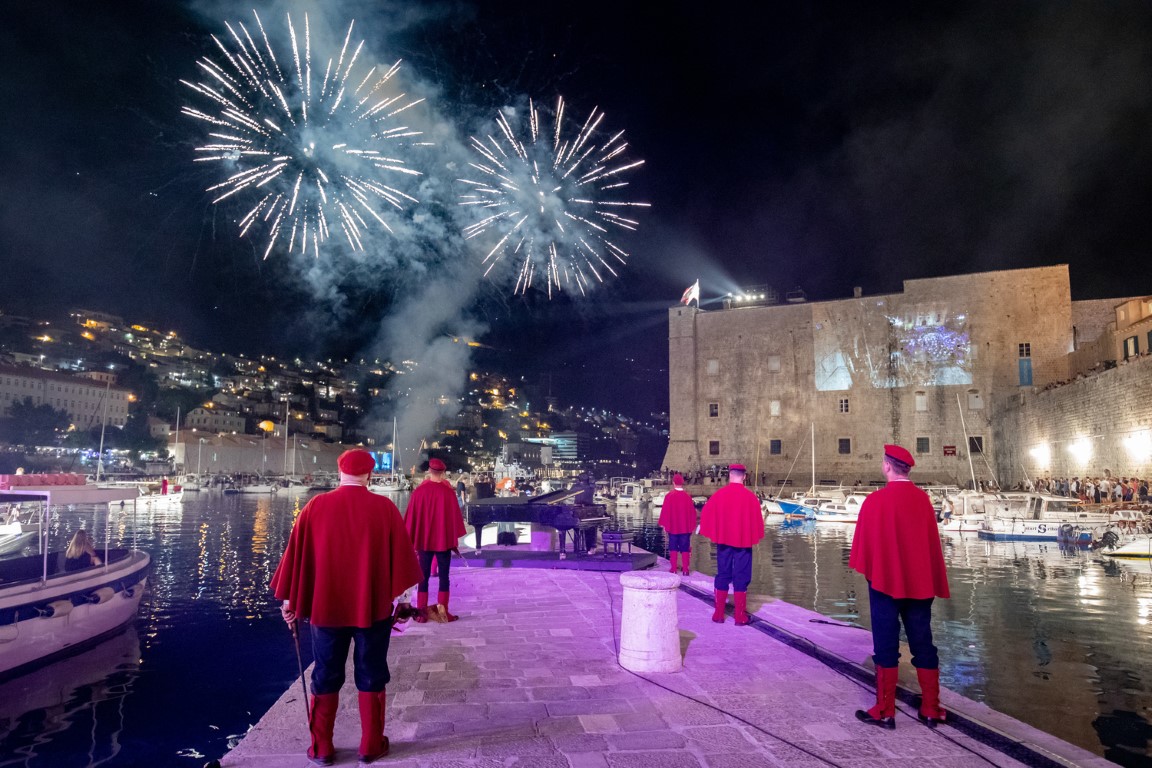 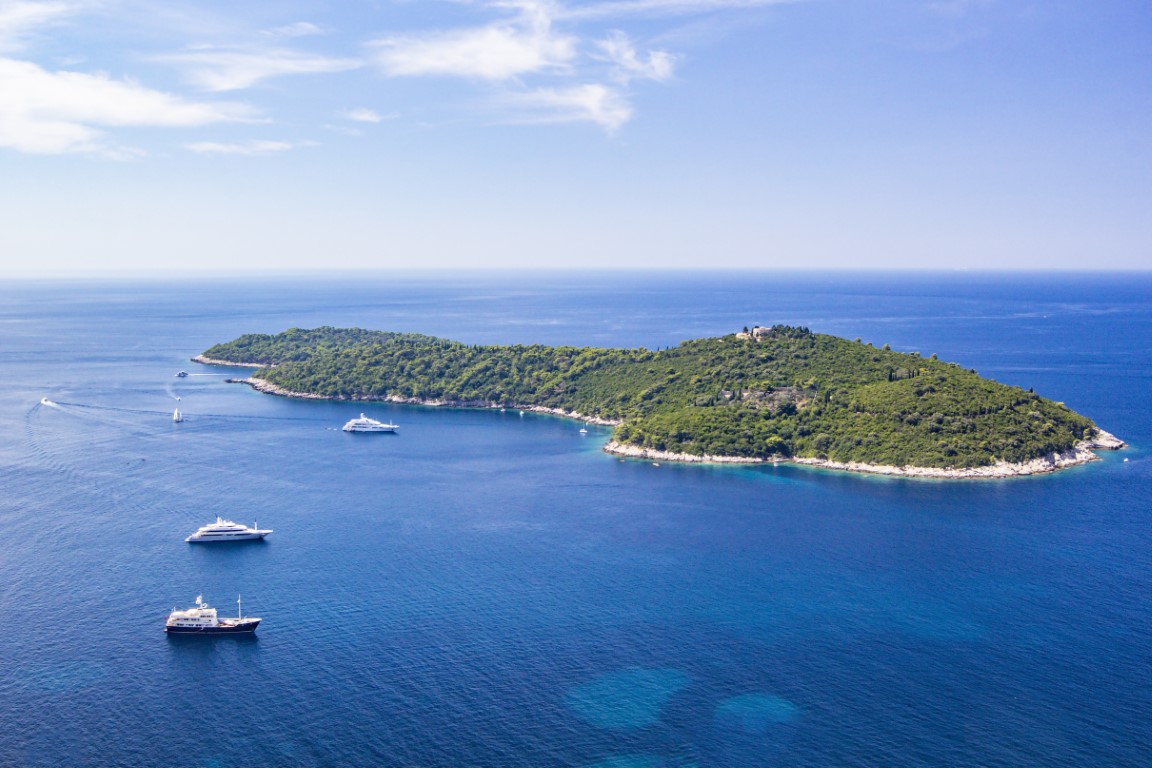 The island of Lokrum was declared a special reserve of forest vegetation in 1976. It is only a few minutes away by boat from the old port of Dubrovnik, visible in almost all pictures and postcards of Dubrovnik, and today is a valuable oasis of greenery and peace. You will experience the beauty, diversity and scents of Mediterranean plants right on Lokrum! Merge with nature and take advantage of this grace. The boat to Lokrum departs from the old city port every half hour.

Dubrovnik pharmacy is the first pharmacy in the Balkans and the second pharmacy in Europe! It is a monument of great value, preserved furniture and pharmacy utensils and accessories, and certainly a location worth visiting.

The folklore ensemble Linđo was founded more than 40 years ago. A diverse program of songs and dances in costumes from all over Croatia is reason enough to give yourself an evening of pleasure in Croatian folklore. The prize is a playful youth who shows love for our customs through dance and song. The long applause, with which the enthusiastic audience rewards them, the invitations to the encore, show that they always know and can “ignite” the audience!

All information and answers to questions regarding tickets and working hours, you can get at the Dubrovnik Tourist Board by phone 323-887 or by e-mail info@tzdubrovnik.hr.

We use cookies on our website to give you the most relevant experience by remembering your preferences and repeat visits. By clicking “Accept”, you consent to the use of ALL the cookies.
Cookie settingsACCEPT
Manage consent

Any cookies that may not be particularly necessary for the website to function and is used specifically to collect user personal data via analytics, ads, other embedded contents are termed as non-necessary cookies. It is mandatory to procure user consent prior to running these cookies on your website.